As I wrote about earlier this year, the Boeing Starliner spacecraft is being developed to take professional and private astronauts to the International Space Station (ISS), and is nearing completion.  The un-crewed test flight to the International Space Station is just around the corner – December 20 to be precise. This is a long-awaited milestone on the path to flying astronauts, which (if this test goes well) should take place in 2020. This test flight brings us ever closer to the prospect of private citizens flying as private astronauts alongside professionals.

In anticipation of the test flight, below is a short review of the key accomplishments this year.

June 25, 2019 marked the fifth and final drop test demonstrating that the parachute landing system can provide a safe landing. The system normally has three parachutes, but the third was disabled for this final test to demonstrate that the system works with only two parachutes. 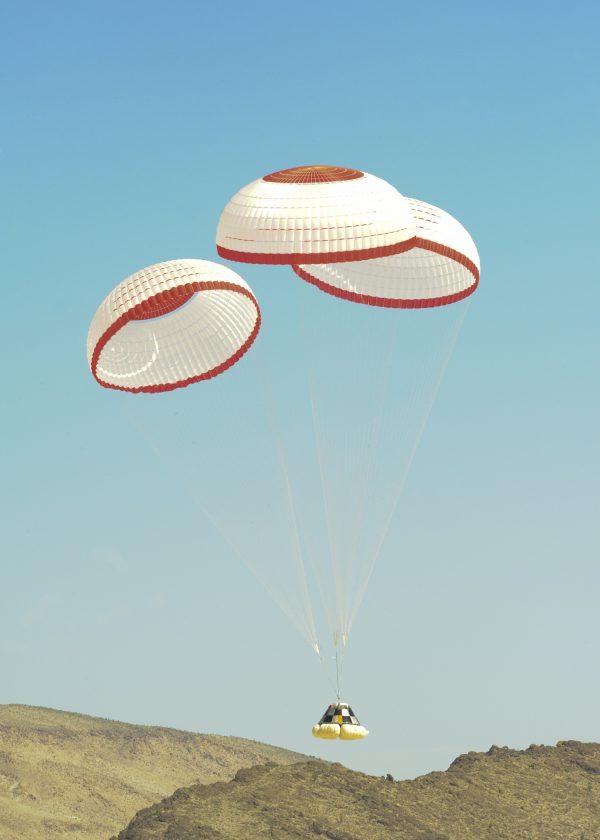 November 4, 2019 marked the dramatic pad abort test which successfully demonstrated that the launch abort engines could safely separate the crew capsule from the rocket in the event of an emergency at any time during the launch. The system involves four powerful engine clusters, a series of separations and the deployment of the descent parachutes and landing airbags. And most recently, on November 21, 2019, the test spacecraft was placed on top of the Atlas V rocket ready for test flight currently scheduled for December 20, 2019. The spacecraft and service module, successfully put together a few weeks earlier, were rolled out of the spacecraft factory at Kennedy Space Center in Florida, and transported to the vertical assembly building a few hundred yards from the launch pad, where it was lifted into place on top of the rocket. On December 6, Starliner completed the launch day dress rehearsal where the rocket and spacecraft was taken out to the launchpad and successfully fueled. We wish our partners at Boeing every success with the test flight!